Home
Movie
Grown Ups 3 – Everything Out And Confirmed

Grown Ups is a 2010 comedy movie written by Adam Sandler and Fred Wolf and directed by Dennis Dugan. Other star cast along with Sandler were Chris Rock, Kevin James, Rob Schneider, David Spade, Maria Bello, Salma Hayek, and Maya Rudolph. Even if the movie got poor reviews, it became a box office hit with $272 million worldwide. As the first part was successful, another sequel, Grown Ups 2, was ready to hit in 2013. Made with a budget of $80 million, the sequel went on to gross $248 worldwide.

It’s more than eight years since the debut of the second installment. Fans of the movie are eagerly waiting for Grown Ups 3. When will the third sequel be released after the success of the two parts at the box office? Here are the things we know so far.

What Is The Movie All About?

There is no question that Adam Sandler once in a while makes a goofy comedy to go on vacation with his friends. That is precisely what ‘Grown Ups’ is. The story of the movie revolves around five best friends who won their high school basketball championship in 1978. They reunite three decades later for a 4th of July weekend after learning about the sudden death of their basketball coach.

Indeed ‘Grown Ups’ will offer a lot of laughs since Sandler stars along with some great comic actors. Critics panned the movie down for being predictable, immature, and lacking self-awareness. The film has a meager 10% score on Rotten Tomatoes.

Its sequel was described as lazy, boring, and disgusting by critics. Despite this, Grown Ups 2 was a major box office success, grossing $247 million worldwide on an 80 million dollar budget.

That was more than eight years ago. Perhaps the series could become a trilogy in the future. Would we be able to see more?

What Is The Release Date Of Grown Ups 3? 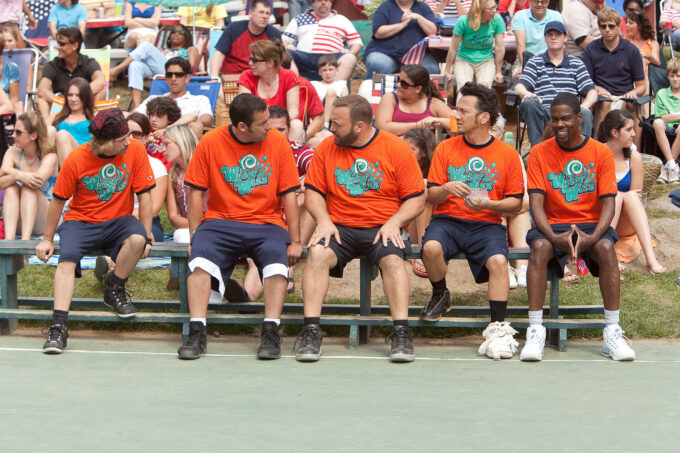 Well, it is difficult to predict if we will ever get Grown Ups 3. Grown Ups indeed became the talk of the town when Adam Sandler’s Uncut Gems arrived in 2019. The actor delivered a superb performance in it, and as a result, the fans started discussing Adam Sandler’s previous works.

Sandler joked on ‘The Howard Stern Show’ that if he doesn’t earn an Oscar nomination, he’ll produce a horrible movie: “If I don’t get it, I’m going to f***ing come back and do one again that is so bad on purpose just to make you all pay. That’s how I get them.” Even though Sandler joked about his movies, fans are optimistic that they will get ‘Grown Ups 3’ in the future.

However, it will likely be a while before the next movie is released. It was rumored that Grown Ups 3 would be released on July 4, 2018. However, that has not happened. So, the fans will have to wait.

Some social media sources have recently claimed that Grown Ups 3 will air in 2024. But, it is not yet confirmed.

What Is The Plot Of The Movie?

The third part of ‘Grown Ups’ has been discussed but never confirmed. As a result, it is impossible to predict the film’s direction if it is ever produced. Despite this, we are sure to have five friends reuniting once again after considering how the other two parts go.

As a result of the sequel, Sandler’s Lenny returns to Connecticut with his family to be with Eric, Kurt, Marcus, and Rob. There are, however, new challenges to overcome for the five.The situation takes an unexpected turn. In addition, Roxanne becomes pregnant. The movie ends with Lenny coming to his senses and apologizing to her. Eventually, they reconcile.

It is safe to assume that the story will definitely continue in the third part. The story may focus on Roxanne’s pregnancy. Alternatively, the story could take a time leap as it did earlier.

Cast And Members Of Grown Ups 3 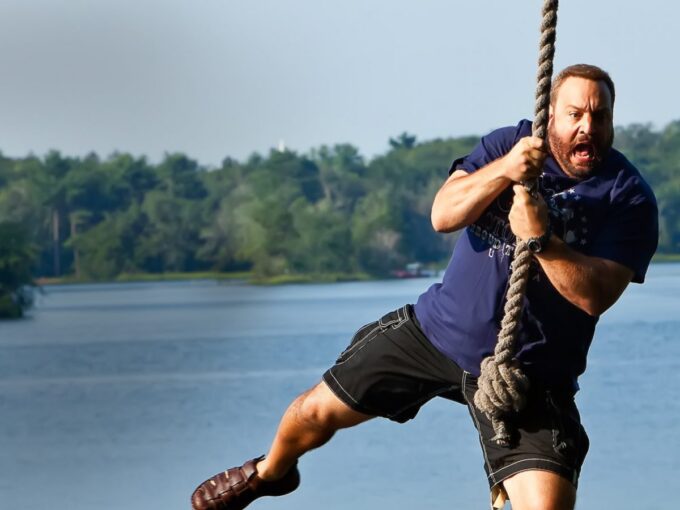 Their roles were the main ones in the movie. Other actors also played essential roles in the movie. Therefore, it is expected that the cast for the third movie will remain largely unchanged.

Dennis Dugan will be part of the crew. Dennis Dugan has produced this comedy sequel. Grown Ups is co-produced by Jack Giarraputo and Adam Sandler. The main story of Grown-Ups is written by Adam Sandler and Fred Wolf. A story by another writer is not likely to be considered.

Is There Any Trailer For Grown Ups Season 3?

There isn’t any official news about season 3 of the series, so we don’t have any trailer yet. But as soon as one drops, we will upload it here on our website, so we recommend you to keep connected with us. 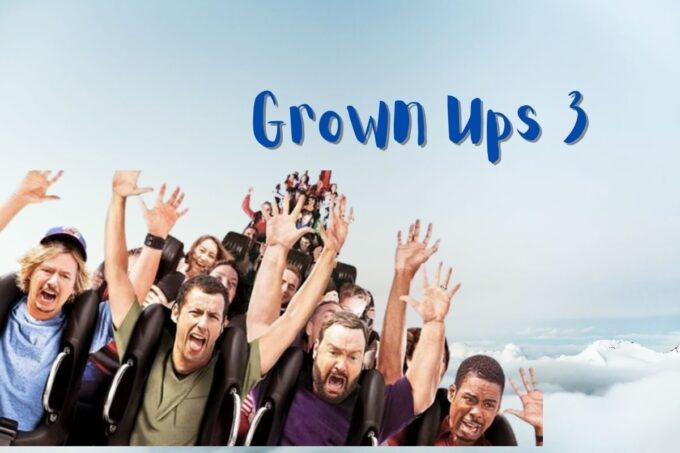 If Grown Ups 3 were going to happen, it would have come together by now. With the second film having arrived in 2013, awareness of the duology as a brand is fading yearly. The sequel likely would have come together already if there was a will to make it. That said, maybe Sandler – who was nearly in Inglourious Basterds – and co are waiting until they’re a little older before making another entry.

There isn’t any official news about season 3 of the series, so we don’t have any trailer yet. But as soon as one drops, we will upload it here on our website, so we recommend you to keep connected with us. 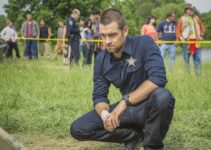