TruthFinder is an online background checking service that parses through thousands of public records to deliver data such as birth records, criminal records, and property deeds. With the help of TruthFinder, you’ll find data on just about anyone who is living in the United States whether they are an estranged family member or an old friend from high school. While the information that TruthFinder uncovers is very detailed, the company specifically lets its customers know that its services aren’t to be used to make decisions that must comply with the Fair Credit Reporting Act (FCRA) such as hiring, lending, or screening tenants for rental properties.

How Does TruthFinder Work?

After signing up for a subscription membership service with TruthFinder, type in the first and last name of your person of interest. You’ll have the option to input a location for the person, but the exact location of the person isn’t needed to begin the search. After you start the search, TruthFinder will ask you a series of questions to narrow down the search for the person. Some of the questions include age range, last known city of residency, and known relatives. If there are 15 people by the name of Susan Hicks, the answers to those questions can help TruthFinder to quickly show you the most likely one who fits your query. You’ll get the option to run a detailed report on that person. More here.

TruthFinder reports contain a treasure trove of information about anyone living in the United States. You’ll find out about any aliases that the person used as well as their real age and birth date. TruthFinder easily delivers social media information, dating site profiles, and college degree data. 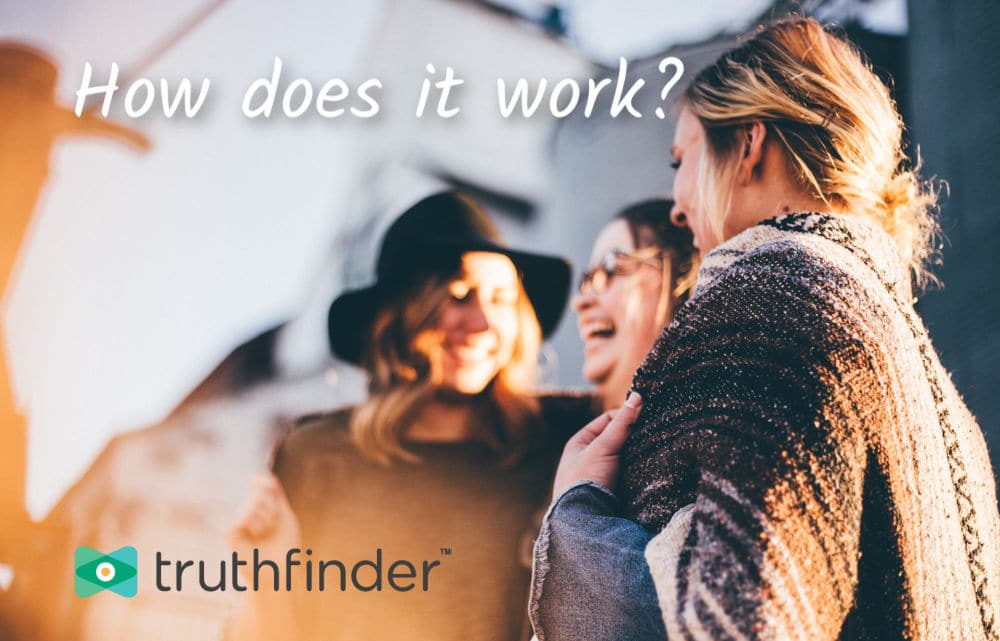 Here are some other pieces of information that are included in TruthFinder reports.

You have a responsibility to safeguard yourself and your family from criminals or scam artists. Doing background checks via the TruthFinder platform helps. TruthFinder helps you to find out the real age of your new next-door neighbors and any arrest records that may be associated with them. TruthFinder accesses sex offender databases to let you know if you have a potential problem in your neigborhood.

The world runs on information, and information is derived from data. The good news is that data is readily available in today’s society if you know where to look. The bad news is that most people don’t know where to look. The internet is awash with information, but it takes some time and skill to distill the data that you need from someone else’s generic informational reports. When you use TruthFinder, you don’t have to pick through irrelevant information to get clues about a person of interest to you. TruthFinder is so effective at performing background checks because it combs through county, state, and federal databases to bring you a customized report about the person who interests you. 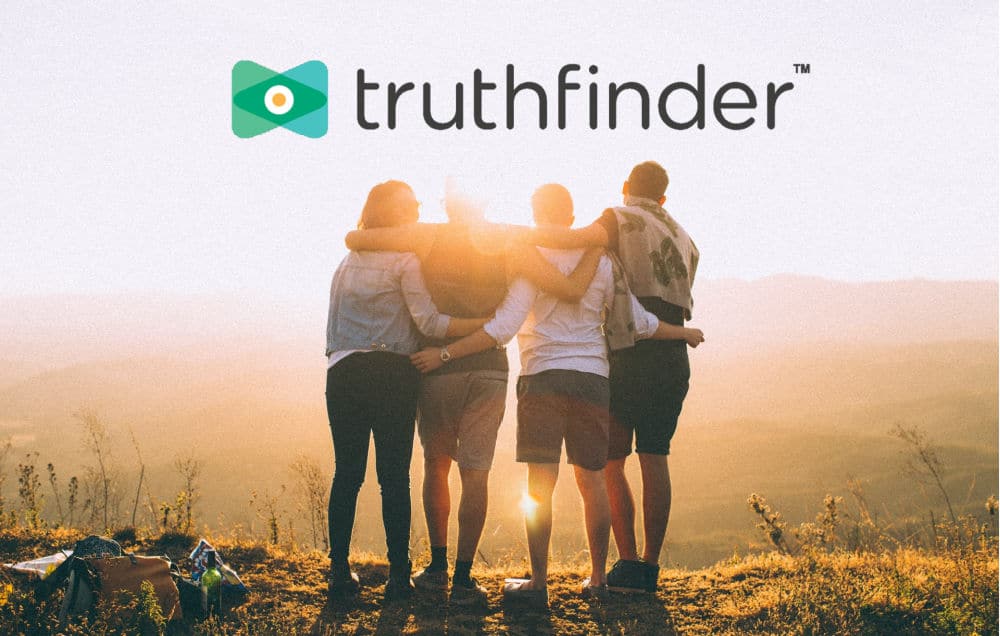 When you use TruthFinder for the purposes for which it was designed, the tool is very effective. TruthFinder isn’t meant to be used to decide whether you’ll hire a person for a critical position at your company or rent that person an apartment at your company’s complex. These functions are regulated by the FCRA, and TruthFinder isn’t equipped to meet the legal challenges surrounding FCRA compliance. TruthFinder’s background checking service is meant to shed light on data items that are part of the public record. Armed with that data, you can make your own decisions about the level of trust that you place in people who you really don’t know well.

While most customers employ TruthFinder background checks for non-commercial uses, there are some professions that can benefit from this service as well. Paralegals often conduct research about people while preparing legal cases. The data items that they find through TruthFinder public record searches quickly give them leads about people who are related to their cases. They also use TruthFinder reports to confirm data that they’ve already gathered about people of interest to them. Journalists conduct similar investigative research during the course of their work. TruthFinder cuts down on the time that it takes for them to conduct fact-checking activities about the stories that they propose to their editors. 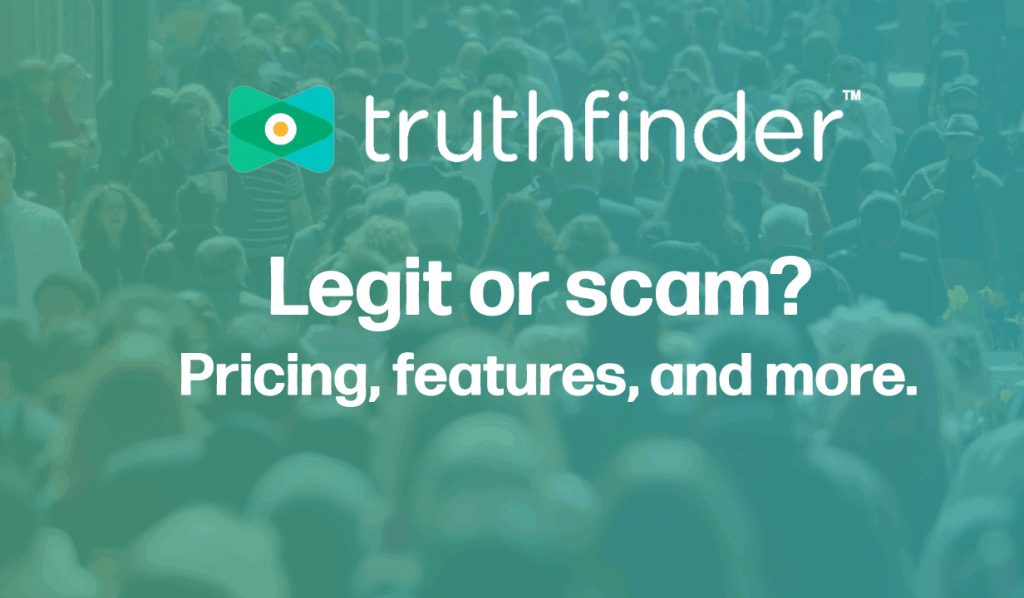 Yes, TruthFinder is legit. The value in the service is the heavy lifting they do to comb through loads of disparate public records. This is something you could do yourself if you have the time, inclination and know how, but it would be very time consuming.

The complaints about the service tend to focus on two areas:

Reddit users give TruthFinder mixed reviews for its background checking service. Divorces can be messy especially when there are children involved. One man used TruthFinder to keep tabs on his ex-wife. He said that he began using the background check service with a discounted trial membership offer. During that time, he uncovered charges in different counties that were associated with his ex-wife. He verified that the data was accurate by checking the county records himself. He said that he wouldn’t have known that the charges existed if it weren’t for TruthFinder. After his trial period, the man kept his TruthFinder membership and continued to use the tool’s unlimited search service.

Some Reddit users label the TruthFinder service as a “scareware” scam. One woman decided to run a background check on herself. She and her husband moved around a lot during the previous decade of their time together, and they wanted a consolidated list of their previous addresses. When the woman started the search on herself, she was met with notifications that she had criminal records in her public files. She didn’t pay too much attention to the notice because she had traffic tickets on her record, and any offenses are likely to show up as charges in a thorough public records search. However, she panicked when the search tool came back with an alert that she was on a government watch list. She didn’t pay for the membership to view the actual report and its details but turned to other Reddit users for assurance that the notice wasn’t real or accurate. Other Reddit users jokingly responded that those notifications were a good way to get you to pay for the service.

There are a group of Reddit users who view the background check services that TruthFinder and others offer as harmful. One man said that a potential landlord refused to rent to him because he had the same name as a man who was charged with marijuana possession five years prior and who lived six states away. TruthFinder acknowledges that its reports can cause harm when used improperly. It makes website visitors and potential clients acknowledge that its informational reports will not be used for screening tenants, employees, or credit applicants.

What TrustPilot Has to Say About TruthFinder 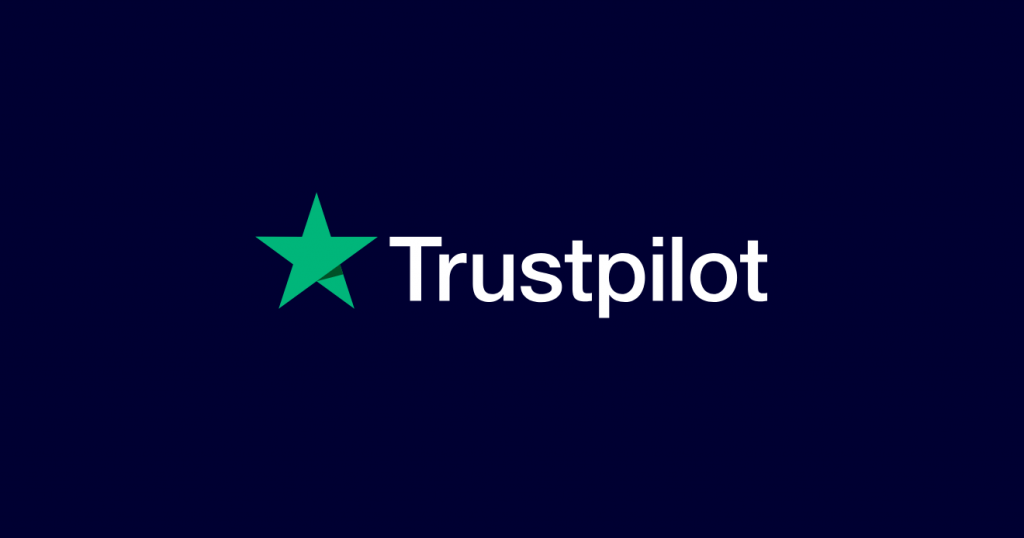 TruthFinder customers posted reviews of the company’s background check service on TrustPilot. According to TrustPilot, over 800 people posted comments about the TruthFinder service, and they gave the service an average rating of 4.2 stars out of 5 stars for its usability and accuracy.

Satisfied customers said that TruthFinder’s reports were very accurate. One woman mentioned that she only found inaccuracies that were related to people frequently moving. She’s been a regular user of the service for three years, and she documented that the service experiences a two-month lag in updates. If a person moves, his or her new address will show up in a TruthFinder’s public records search in approximately 60 days.

To some reviewers, TruthFinder offers a value-added service that saves them time and money. Many have been reunited with relatives and friends. One man was in the U.S. Navy decades ago and lost touch with his best friend who served with him. The man was able to locate his buddy in time to attend the friend’s birthday celebration.

While people generally recognize the value of TruthFinder’s background check service, there are some common criticisms that many people have about it. For example, considering much of the information is public domain many people expect TruthFinder to offer a free service that’s supported by advertisements instead of its monthly subscription fee. 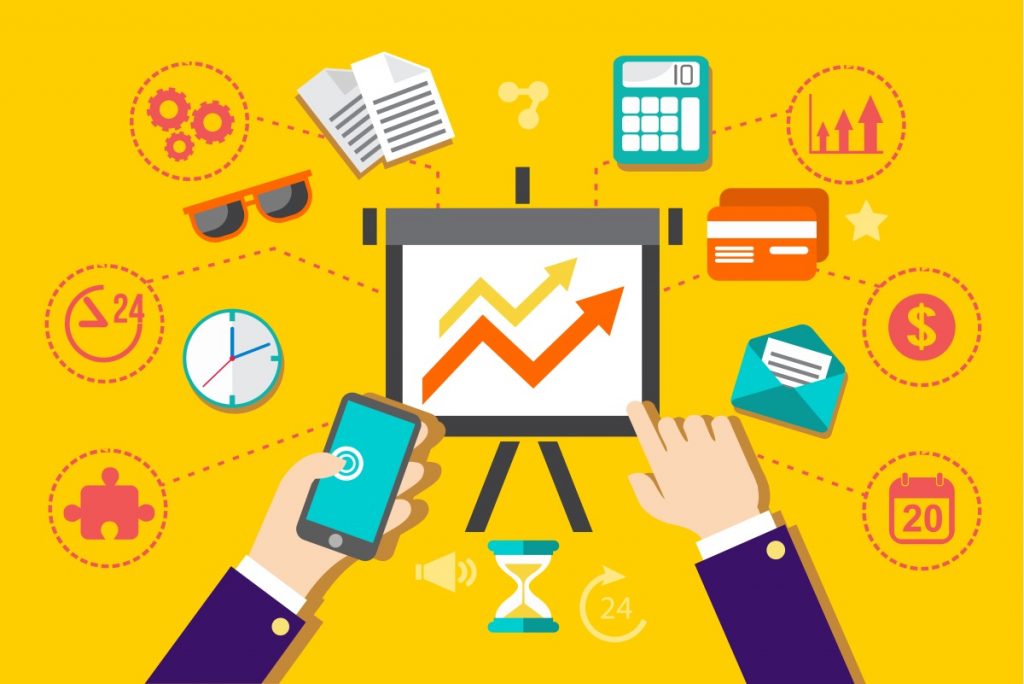 The TruthFinder website is designed to attract customers to subscribe to the company’s monthly subscription membership that includes unlimited search privileges. However, a prospect who lands on the company’s homepage isn’t prompted to pay for the service right away. Since these users don’t know about TruthFinder’s fees for accessing reports, they input their information and wait until the search is complete. They receive snippets of information about searched records that keep them waiting until the process is finished. Prospects find out later that they must pay a subscription fee to view the entire report after waiting for a long time.

TruthFinder searches many different databases at the county, state, and federal levels. More than one user complained that the search process takes longer than expected.

The most concerning criticism of the TruthFinder service is the company’s billing practices. Several customers followed the instructed steps for cancelling their TruthFinder memberships, and TruthFinder continued to automatically charge their credit cards after sending them cancellation verification emails. The company reached out to these customers to acknowledge the issue and to tell them that the system was being fixed.

There are many free background check tools that are currently on the market such as Judyrecords.com, Unicourt.com, and blackbookonline.info.

Before signing up for TruthFinder’s background check services, you probably have a few questions. Here are some top frequently asked questions (FAQs) that relate to TruthFinder’s offerings.

The Control Group Media Company owns TruthFinder, which was launched in March 2015.

Where is TruthFinder Based?

TruthFinder is headquartered in San Diego.

Is TruthFinder a scam?

No, TruthFinder is not a scam. They do provide a useful service by indexing and aggregating public information from a wide range of public databases, so saving a great deal of research time.

TruthFinder sometimes gets referred to as a scam by disgruntled customers because they do have some very aggressive billing practices. It is good to be aware of these and make sure you are not inadvertently signing up for an unexpected recurring charge if you use the service.

How Accurate is TruthFinder?

TruthFinder is fairly accurate. It searches public records to find details that a cursory Google search won’t uncover. However, TruthFinder information isn’t 100 percent accurate because it relies on public records data that may be incorrect or out of date.

How Does TruthFinder Make Money?

TruthFinder offers paid subscription memberships that allow it to cover the costs of acquiring public records.

How Much Does TruthFinder Cost?

How to Cancel TruthFinder?

When you no longer need TruthFinder, cancel online or over the phone. Its call center is open every day from 5 a.m. to 10 p.m. Pacific Standard Time. Times may vary during holidays. You’ll get an email confirmation within an hour of membership cancellation.

How to Stop TruthFinder Notifications?

How to Delete TruthFinder?

The best way to stop TruthFinder notifications is by requesting that the company remove your personal data from its databases. You can do this by opting out of TruthFinder online, by mail, or over the phone. Delete the TruthFinder app from your phone or tablet by uninstalling it within your device’s settings. 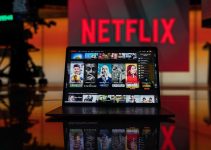 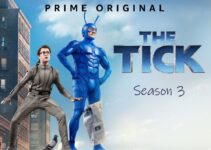 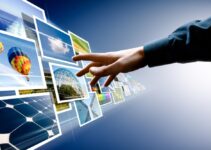 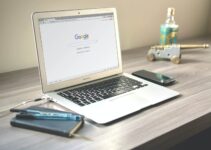