Ray-Ban sunglasses are timeless pieces of accessories that can never go out of fashion. Owing to their popularity, frauds get an opportunity to swindle money from gullible buyers and run lucrative markets with loads of fake products.

Counterfeit products are not only harmful by not subscribing to safety standards but also promote manufacturers who tend to exploit workers. Therefore, it is important to be alert while making purchases and report sellers who deal in products that show red signals.

Given below are 6 ways to gauge the authenticity of your Ray-Ban sunglasses. 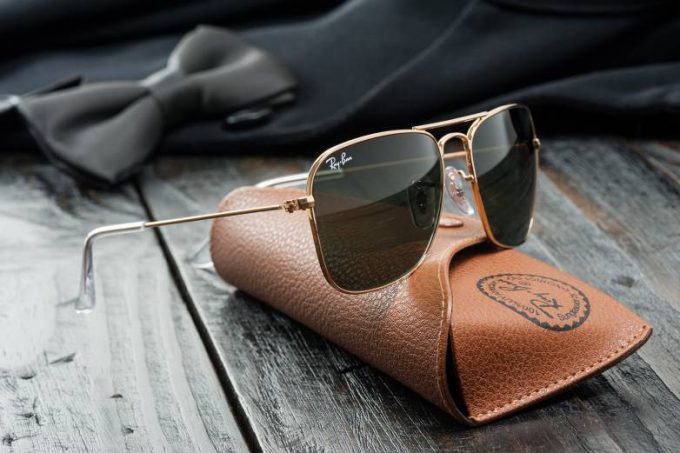 The placement and style of the logo will take you a long way in deciding if your Ray-Ban sunglasses are real. Authentic Ray-Ban sunglasses have fixed positions and ways of getting the logo engraved. Therefore, being aware of those will help you detect discrepancies.

In original sunglasses, the transparent, rubber nose pads have a metal center with the logo,’ RB’ engraved on them. So, look into that carefully. Another place to look closely is the top right corner of the right lens.

That place bears the name ‘Ray Ban’. However, it is important to be aware of the fact that fake companies can easily copy the calligraphy. So, scratch it with your nails. Only if nothing comes off on doing so, be ascertained that it is original.

To check further, you can consider the left lens. Just near the hinge, there should be a logo, engraved through laser printing. Again scratch and make sure that it doesn’t come off. Check out ebest.cl to get the best deals on Ray-Ban sunglasses. 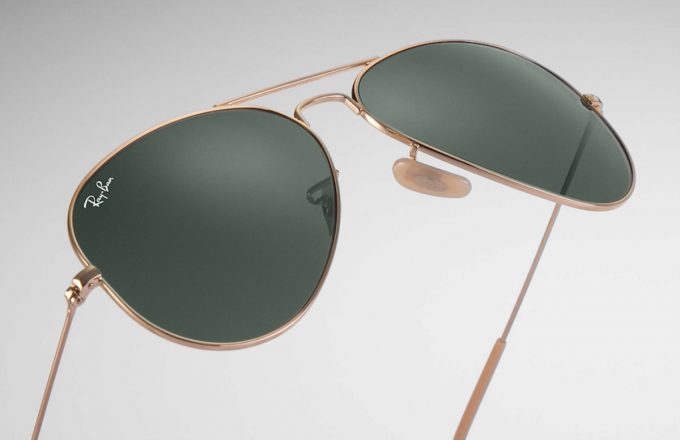 The lenses of your Ray-Ban sunglasses are one of the most important determining factors of its originality. While most manufacturers use tinted fiber for lenses in order to cut down the cost, Ray-Ban sets itself apart by using glass for the lenses of its sunglasses.

A major part of its popularity and extravagant cost can be attributed to this aspect. Therefore, while deciding to buy a pair of Ray-Ban sunglasses, tap on the lenses. The sound of glass in response to tapping can be easily distinguished. If it comes out to be different from the sound of glass, then know that your purchase is not going to be worth the expenditure. 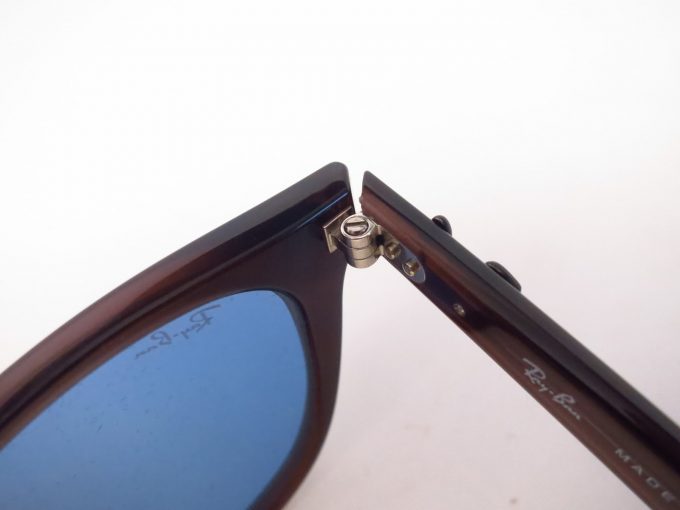 Taking a close look at the hinges of the sunglasses can provide you enough assurance of those being real. Most Wayfarers have hinges with seven barrels. Clubmasters however are often seen to have five-barreled hinges. Several other models might have different varieties of hinges.

The point is that you need to be particular about the quality. It is important to make sure that the hinges are attached to the frame with four metal rivets; two on the side and two on the front.

In the case of original Ray-Ban sunglasses with an acetate frame, the hinges are placed very meticulously. The point of attachment doesn’t show blobs of melted plastic or traces of the glue used.

If the frame is of metal, then genuine manufacturers make sure to use screws of superior quality, usually resembling the color of the metal frame to hold the hinges. 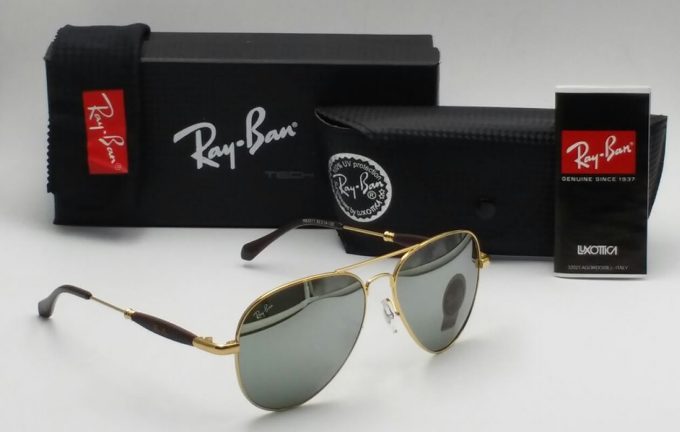 Checking out the nuances of packaging is a great way to determine if your investment in a pair of Ray-Ban sunglasses is worth it. The sunglasses are usually sold in a case. While the design might vary slightly, there are certain symbols that give clear proof of authenticity.

First, look for the Ray-Ban logo on the front side of the case. It is mandatory for genuine products to have it. Even if it’s there, the genuineness can’t be guaranteed. It is better to be cautious and double-check the font, spellings, color, and other such details.

Next, take a look at the stud. It must have the logo engraved on it. Most fake brands miss out on this aspect. As you open the case, you should find a plastic wrapper enveloping a cleaning cloth. Though this might seem trivial, not paying heed to this might lead you to a disheartening revelation.

The nose bridge and the nose pads are two crucial points to look at. The piece of metal that joins both the lenses of a sunglass is known as the nose bridge. In all original Ray-Ban sunglasses, the inner side of the nose bridge has the brand name and size code embossed.

You can expect something like ‘RAY-BAN 49014’. Slight alterations in the style of writing can be considered a loophole. In addition to this, check out the left side of the inside of a temple arm. That region must carry the details engraved on the inside of the nose bridge.

Now, coming to the nose pads, they are ovoid structures made of rubbers, sitting on your nose. Authentic ray-ban sunglasses are marked by transparent nose pads having the logo engraved on a metal center. If the logo is not clearly visible, then you must avoid making the purchase.

6. Details About The Manufacturer 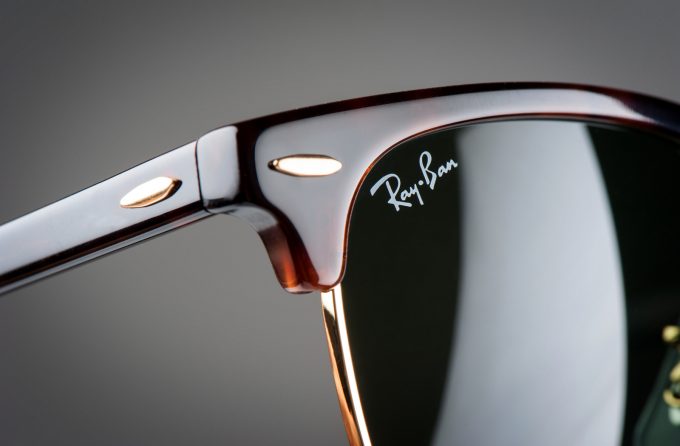 Bausch and Lomb are originally credited for manufacturing Ray Ban Sunglasses. However, it is a lesser-known fact that Luxottica, an Italian brand, purchased Bausch and Lomb in 1999. Consequently, the burden of Ray-Ban’s production and retailing got shifted onto Luxottica’s shoulders.

Owing to this, Luxottica’s name is embossed as part of their logo on the cover of the sunglasses. Therefore, it becomes important to be vigilant about this while making a purchase. Companies involved in selling counterfeit products are often unaware of the responsibility transition and tend to mention the wrong detail.

Appearances are often deceptive. Completely original-looking sunglasses can come out to be fake ones if the warning signs are ignored. There is absolutely no dearth of imposters who dupe customers by imitating authentic products.

Therefore, as a consumer, it remains your responsibility to be aware of the products you decide to buy and make an informed decision. Especially for purchases like Ray-ban sunglasses where excitement blends with need, having to discover the bitter truth about a fake purchase might be too much to take in.

Hope this article gives you an overview of how an authentic Ray-Ban sunglass should look. If you are about to get one soon, then don’t forget to look for these signs. 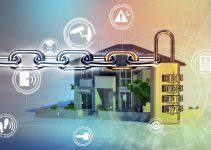 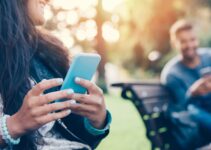 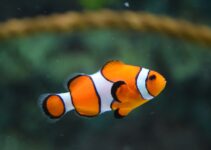 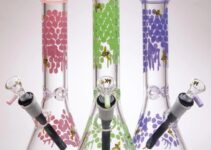 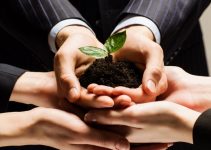 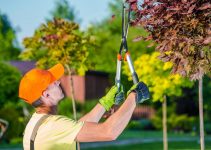