You’ve already booked tickets for your flight, and you’re excited about your trip to China. You can’t wait to visit sites such as the Great Wall and post about all your adventures on social media to family and friends, except wait a minute… you can’t.

Even folks who have never visited the middle kingdom are aware of China’s infamous “Great Firewall,” which currently bans 8,000 websites including popular social media sites such as Facebook, Youtube, and Twitter. While China has its own social media equivalents, unless you’re an ex-pat or plan to extensively invest your time education or business-wise in the country, it’s likely more of a hassle to take up extra social media channels than it is just to update your existing ones.

One way folks circumvent China’s Great Firewall is through the use of VPNs. A VPN, which stands for Virtual Private Network, is an encrypted, private connection across a public network (the internet). Outside of China, VPNs are commonly used as a secure way to connect with wifi without compromising user information. However, in China, VPNs are often the only way to circumvent China’s Great Firewall so you can access your favorite websites.

While setting up a VPN may seem intimidating if not daunting for those who are less tech-savvy, this guide will answer all the pressing questions you may have about VPN usage in China.

Why Do You Need a VPN in China? 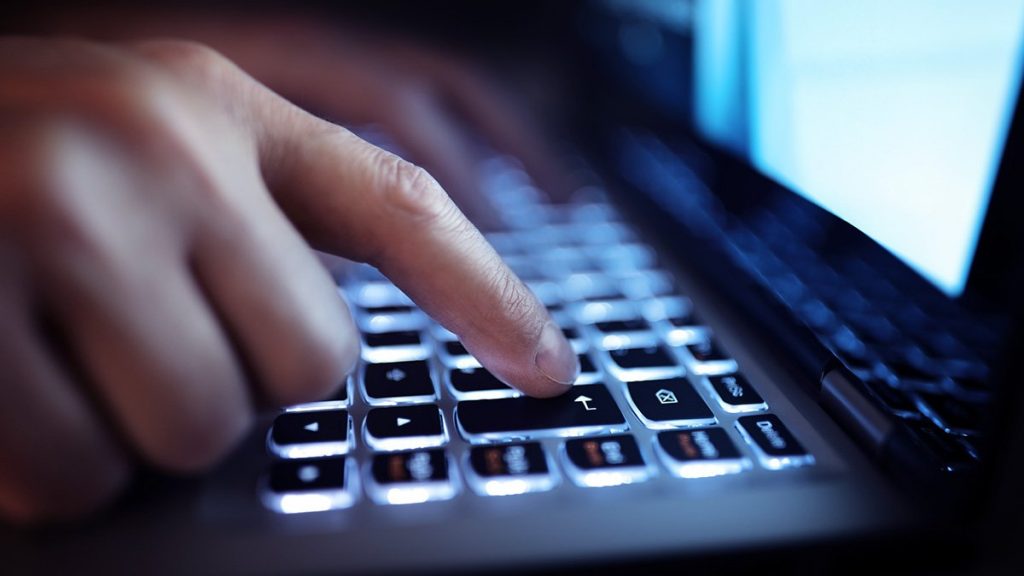 Besides scaling the Great Firewall, a VPN is necessary in China to have access to geo-blocked services. Geo-blocking is when a company does not provide its services to internet users from a certain region, and a host of social media and news companies do this to limit their content per locality. So for example, if you want to catch up on that latest Netflix show while on your China tour, you’d have to use a VPN to get access to the streaming website.

Of course you’ll also want to use a VPN if you plan to do any torrenting, just as you would anywhere else in the world. And again, if you plan to access any public WiFi whilst in China you must use a VPN to stay safe from bad actors. Public WiFi is a security risk anywhere, not just in China.

Furthermore, common email clients such as Gmail aren’t available in China. If you are going to China on a business trip or need to keep correspondence with a client while in China, preparing a VPN is the best thing to ensure consistent and clear communication.

Are VPNs Illegal in China? 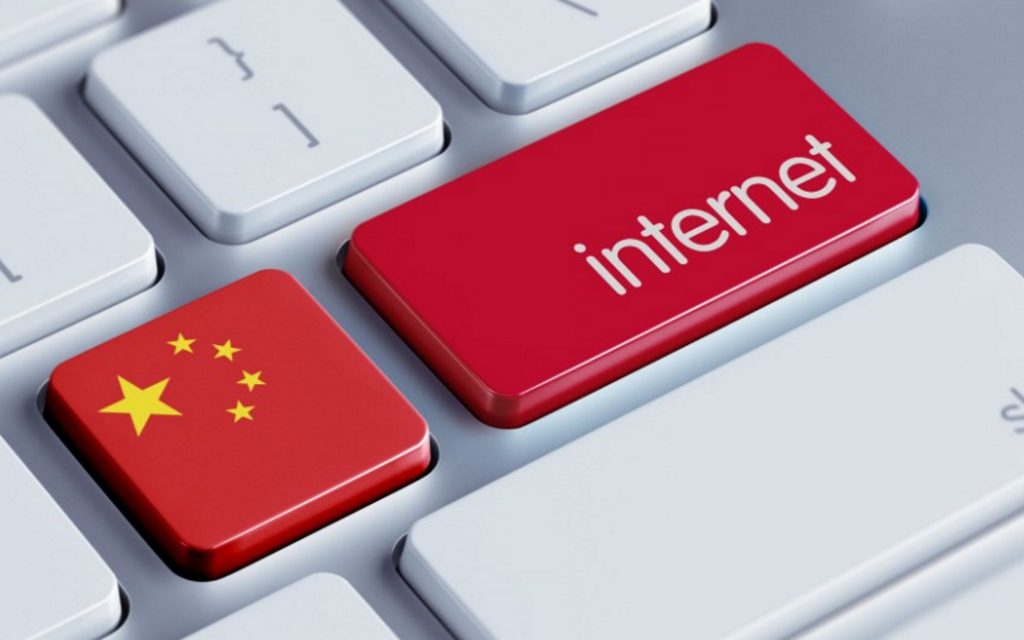 We’ve written about the legality of VPNs before, and certainly the legality of VPNs in China is a hot-button issue. Understandably, no traveler wants to get in trouble with the law simply for accessing their social media or watching a video off YouTube. Technically speaking, VPNs are illegal in China, however, their use is overlooked by the government for certain circumstances.

For example, without VPNs, conducting international business would be impossible in China. Companies both international and domestic require VPNs to communicate with other businesses around the world. In these cases, companies requiring VPNs have a permit.

However, you may be wondering: what about individuals? Where does VPN usage stand for those who aren’t affiliated with a company? This is where we descend into a grey area when it comes to using VPNs in China. Though it’s illegal for individuals to use VPNs, many people still do it in China. In the grand scope of things, there’s no real risk especially for short-term travelers in China.

One thing to keep in mind when using a VPN is it often becomes a game of cat-and-mouse. Chinese authorities and censors are proactive in blocking VPN IP addresses, which basically stops you from accessing the greater World Wide Web while in China, and in some cases, ex-pats living in China have reported a takedown of VPN apps on China’s Apple store.

While it’s good to know about the current situation in China when it comes to VPNs, just keep in mind to be flexible about the situation and not to worry about the unlikely event of getting punished for using one just to check Instagram quickly. After all, if China simply wanted to ban ALL VPNs, then many businesses would suffer in the end.

Can I Use a Free VPN in China? 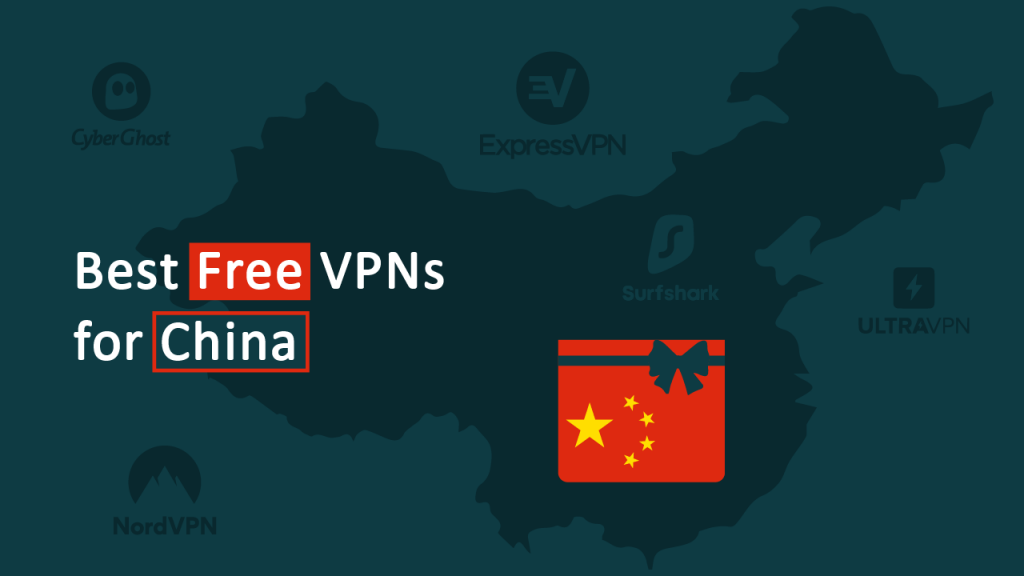 No, any free VPN will not work reliably in China. Considering the rate and speed Chinese censors work at, most free VPNs are banned in China. Even free VPNs that you have researched before your trip have a higher chance of getting banned while on your trip to the middle kingdom. We strongly suggest that you invest in a premium VPN—if you are in China and your free VPN goes down without a working backup, it will be extremely difficult to try and install a new VPN.

What Are the Best Premium VPNs for Use in China?

For those who are willing to invest a small bit of cash into a more reliable VPN, premium VPNs are the best way to go. Premium VPNs work actively to counter the efforts of Chinese censors, ensuring you a more consistent connection to the Internet. Also, compared to free VPNs, premium VPNs are less likely to sell your data to third-party companies. (After all, free VPNs need some way to make cash and to keep running.) Below we list out the best premium VPNs recommended by ex-pats in China and visitors alike:

If you’ve been browsing around the Internet, looking for your VPN solution when traveling to China, chances are you’ve come across ExpressVPN already. They are one the most used VPNs when it comes to getting over China’s Great Firewall, and looking at the basic services provided by this VPN, we can understand why.

You can connect up to five devices with this VPN, and the VPN boasts high connection speeds, given the fact that ExpressVPN has more than 2,000 servers in 90 different countries. Having slow loading times with this VPN seems quite unlikely. On top of this, the VPN doesn’t have servers in China, making it harder for censors to sabotage the VPN. For those who are especially wary about their privacy, the VPN also comes with a kill switch, which ensures that all your data is protected whenever you lose connection.

Similar to ExpressVPN, NordVPN has a no-logs policy in which none of your Internet browsing will be recorded. You also have access to a kill switch that protects your data in the situation the VPN suddenly stops working or your Internet connection goes haywire. However, when comparing the finer details between ExpressVPN and NordVPN, the latter allows you to connect with more devices and has a more flexible payment plan (up to 6).

Though short-term visitors don’t need a 3-year plan, for those who have to go to China often for business reasons or are ex-pats there, it could come in handy to have a VPN that’ll last for a few years. Lastly, NordVPN has more servers with over 5,000 servers in 58 different countries. Though they have no servers in China in order to protect their VPN users, NordVPN subscribers can use their obfuscated servers from Hong Kong, Japan, and Taiwan for all their Internet needs without sacrificing speed.

Surfshark has a lot to offer with its cheap prices: connection to unlimited devices, top of the line encryption, and 24/7 customer support. Regardless of the time of the day or what you need the Internet for, Surfshark has your data protected. Similar to other VPNs, you have access to a kill switch, and Surfshark even allows you to multihop a feature that allows you to connect to multiple countries at once and mask your digital footprint.

One particularly unique feature we found with Surfshark is that it also blocks ads, giving you a streamlined and ad-free Internet browsing experience. The only downside to Surfshark is its number of servers—it only has 800 servers worldwide. While this may affect your internet speed, with its affordable prices and variety of features, we say trying out Surfshark is worth it.

VyprVPN provides a variety of protocols that makes them a trustworthy and dependable VPN service. Such protocols include protection from man-in-the-middle attacks, where third parties may try to disrupt your communication with another party, and its unique Chameleon technology which wards against Internet throttling and VPN blocking. VyperVPN takes extensive steps to protect your IP address but also ensuring you have the highest speeds when accessing the Internet.

On top of this, for those more on the business side, VyperVPN takes VPN software to a new level with Business Cloud. Rather than having a team of IT engineers figure out how to set up your office’s VPN, you can set up and maintain your office’s VPN server with one application. While VyprVPN can only support up to five devices and only has 700 servers around the world, users who are especially sensitive about their data privacy and business owners looking for a reliable VPN service can definitely depend on this VPN.

What is the Best VPN for China According to Reddit?

AstrillVPN allows for connections to up to 5 devices and provides a host of security protocols such as a no logs policy, multihopping, and an automatic kill switch if you lose connection to the VPN. On top of this, it’s very simple to connect to this VPN—simply swipe to “On” with the app and your five devices are connected. One special feature for this VPN service is that every user gets their own special IP server. The server remains static during your subscription, meaning you’re the only one using it.

Ran by a team of Romanian engineers, CyberGhost boasts over 4,000 servers and has an ample amount of data-protection measures such as no logging of your information. One special measure CyberGhost provides is a feature where users can torrent anonymously as well. The VPN is also relatively easy to set up with its 5-minute setup time. CyberGhost’s only downside is in its slower loading speeds compared to other VPNs on the market.

BoxPN may only have over 150 servers in the world, but they provide a good amount of data protection features for a cheap monthly price. Not only do users get freedom from data logging and disguised IP addresses, but BoxPN provides ample support for VOIP or Voice Over IP such as Skype and Whatsapp. There is also a focus for this particular VPN in protecting users from identity theft.

One Final Tip Before Your Trip to China

Before you board the plane and head over to China for your exciting, once-in-a-lifetime trip, be sure to do this first: set up your chosen VPN on all devices. Not only does this take just a few minutes, but once you enter China, it will be extremely difficult to access and download a VPN service. Even the websites of premium VPNs are hard to access with how rigorous Chinese censors work to block VPN IP addresses. So do yourself a favor while at home or while waiting at the boarding gate in the airport, and get those VPNs downloaded and set up first! 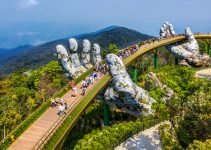 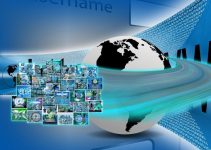 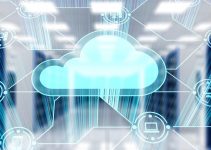 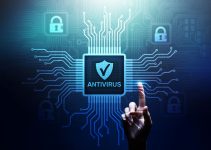